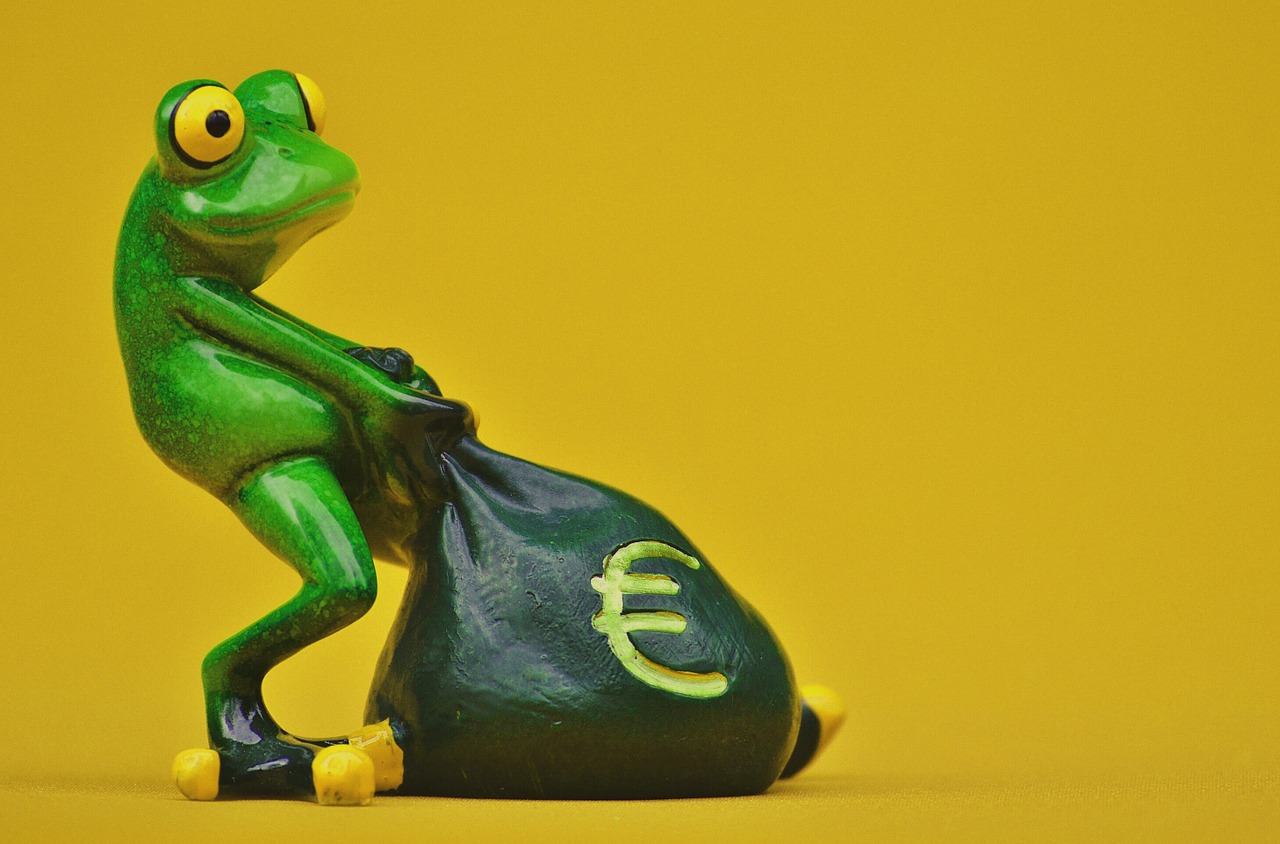 Never having to make a decision for money reasons, sounds great right? Increasing amount of people are finding that their reality is just living to work and working to live, and they are getting tired of it. In comes the dreams of financial independence, enough money to do what you want (and stop doing what you don’t want). Sounds great! But is it attainable and how do you know you’ve reached your goal? In this article we will take a look at how much you would need.

“Financial freedom is freedom from fear.”

I have talked previously about what is FI/RE and there I already explained the commonly used 4% rule, which is explained with the formula below.

To put it simple, once you’ve been able to save 25 times your annual expenses – you’ve reached your so-called financial independence or FI-number. This does however assume that you’ll put all of this amount into investments for it it to last for 30 years with some certainty. Especially this last bit is often overlooked when considering the RE (retire early) part of FI/RE, retiring early will often carry with it a desire to be retired for a lot more than 30 years.

It is therefore important to not confuse financial independence with the ability to retire early! But because for many one is tied to the other, I will go over both aspects and try to explain why they are different.

When I originally discussed the 4% rule in my article about FI/RE, I already noted that the original author of this rule had already changed it to 5% – this would mean you’d need 20 times your annual expenses. You’d need at least an equivalent of $ 10 to maybe $ 100 million if you’d agree with Suze Orman (no data to back it up), who as you might guess by these numbers is not a fan of retiring early (close to 70 herself with a net worth of $ 35 million). There are plenty of others that are somewhere in between.

The problem here arises with that they work with different assumptions, while Suze Orman’s numbers sound ridiculous, the do however give plenty of leeway in order for a retirement to last for more than 30 years – while, as mentioned above, both the 4% and 5% still depend on a 30 year retirement. Neither however, look at what is necessarily needed to be financially independent – they focus on the retirement part.

As a counter to the heavy U.S. oriented financial literature out there, I try to put things into a perspective to see whether or not these philosophies are applicable elsewhere. As there is no better comparison than the situation you know best, I try to make a comparison to the Dutch situation.

For starters, NetCredit published a study showing how much money you’d need to retired in different countries. This showed that the amount needed to retire in the U.S. was actually pretty similar to that of the Netherlands. As I’ve shown previously, gross incomes for both countries are similar as well, suggesting that the two are comparable (ignoring the currency exchange rate that vary on a daily basis). This study did only look at how much money you’d need when retiring at 64 years of age, but almost all studies on retirement out there focus on those that have reached a ‘traditional’ retirement age around 65. Regardless, it seems that certain metrics translate well between these two countries in this topic.

Now, there is also a matter of personal preference – U.S. calculations all rely heavily on personal savings only (401(k), (Roth) IRA etc.) while for the Dutch situation you’d find that a majority of individuals (certainly not all) will have some sort of pension plan waiting for them at retirement age. Also, many people in the U.S. seem to be very skeptical on taking social security into account, which may or may not be your preference for the Dutch social security (‘AOW‘). I find it for sure easier to calculate without taking this money, that is not under my control, into account – a sort of bonus money that may (and probably will, I am not that skeptical) come available at a latter stage of your retirement. But that said, it is fair to say that any U.S. based calculation might probably not take into account all the money that is coming your way somewhere in your journey. But as I said, they also don’t do that for the U.S. social security payments (a big source of income for many retirees).

Lastly, a matter of fiscal consequences. Financial guru’s for reasons of convenience often neglect to take taxes into considerations. Wealth tax is a reality in the Netherlands that doesn’t exist to the same extent in the U.S. and we have very limited options for tax free savings. Having a large investment portfolio for retirement will therefore be targeted each year to pay taxes, which will make any amount of money you’ll need dependent on how much (and for how many years) you’ll be needing to pay these taxes. I would not assume that these taxes for the amounts needed to retire on will be going to get any lower anytime soon.

Concluding, I have got to be honest, I wasn’t expecting that the U.S. situation, and thereby the U.S. centric calculations, would be that comparable to the Dutch situation! Saves me some headaches trying to find better alternatives! Although the wealth tax might be something to take into consideration. Would still be interested to see how they match up to other countries, but I’ll leave this up to other locals interested in their respective countries.

What do I need for financial independence?

Do I have THE answer to this very simple sounding, but actually very complicated question? No – I don’t think that there is one simple strategy to think of that will work for every one in every situation all around the world.

Is that satisfactory? No, probably not – but neither is hearing that you’ll need to be a billionaire first (and billionaires rarely seem to retire early). Truth is that you’ll probably need a lot less than you’ll think to be financially free, but to retire early there is quite a lot of insecurity to cover before you can do it without worries. Again, it is one thing to be financially independent – retiring early and never needing additional income is something else completely!

Most, if not all, FI/RE guru’s are still actively producing money (by selling you books and courses on how easy it is to achieve FI/RE) or they have partners that still bring in a paycheck (often both). There has to be a reason for that – they are clearly not doing it for charity.

Therefore, I think that it is more important that you create a goal and a plan to reach this goal. This will help you to give a direction of what numbers to aim for and a motivation for reaching those numbers. Creating a habit of maintaining a healthy savings rate will help you to get closer to where you’ll need to be. Once you know your goals and you know how much you’ll need to support yourself while obtaining these goals – you will find a targeted number for financial independence.

It is important to decide for yourself what is more important, a certain lifestyle and the expenses attached to that or the speed at which your reach your financial goal – be reasonable – becoming a billionaire in a (100) year(s) will not be for everybody.

Be critical of the numbers you get to hear or read about, and remember to separate financial independence from retiring early. Remember that the 4% might be perfect for you when retiring at 65, but might destroy your happiness if taken as a guideline to retire at the age of 40 (unless you expect to die at the age of 70). Definitely find a financial planner or another critical professional that can discuss with you the pros and cons before pulling the trigger on retiring early – in the end, I feel that all parts of FI/RE should be worry-free so be sure of that!

For people hoping to find a number need for financial independence there might be some disappointment. I know that after reading so many people selling the wisdom of the definite number required to never have to worry about money again – I had hoped it would be that easy. But of course the truth is somewhere in the middle and nuance is hard to sell.

I think, looking at the data and common sense, that the 4% rule is more than adequate to create financial independence – but it just isn’t the simple holy grail for early retirement. There are too many uncertainties, in life and the stock market, to take a rule created for traditional retirement and use it without modification for early retirement. How much is needed then? I am lacking the data to say anything about that, all research done so far is aimed at traditional retirement – but the answer will be somewhere between the 25x expenses and the equivalent of a $ 100 million for sure.

Does this mean that early retirement is unreachable? For some it will be, that is only fair to admit, no matter how unpopular this opinion might be. But financial independence, the freedom from the fear of running out of money (quickly) sure is attainable. Overall, though, it mainly means that you’ll need to really look at your individual situation taking into account all options, regarding insurances, pensions and every other type of financial vehicle that can help you in retirement, but also the responsibilities you might have (e.g. aging parents).

Ending on an actionable note, find out why you want to retire early – maybe you can find your happy place in another paid activity once you’ve reached the financial independence phase. Financial independence might not necessarily mean that you can stop working entirely, but it will be able to give you the freedom and flexibility to not get stuck somewhere you’re not happy.

How did you come up with your target? Why do you think this will be enough, let know below!